The Five Acts of Shiva 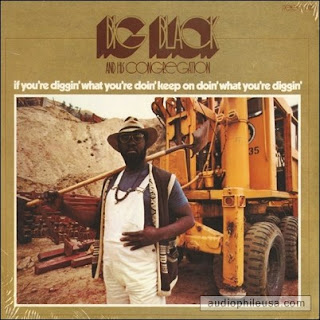 So, last week I talked in class a bit about The 5 Acts of Shiva, for those of you that graced me with your lovely presence. Admittedly, even when I talk about the divine acts in complete and grammatically acceptable sentences, I am virtually unable to really 'grok' what this is all about. I do know that this is way way groovy. Here's what I think is going on:
The five acts of Shiva are creation (or emanation), maintenance, withdrawal (or destruction), concealing grace, and revealing grace. The universe is emanated from within the absolute freedom of consciousness, the universe in maintained, because consciousness believes in it, and the world is destroyed, because consciousness recognizes again its own autonomy, its own authorship, and draws the universe back into itself, in a moment of repose. In the moments that the universe is maintained, concealing grace is the instrument via which the subject is convinced of the universes' veritable being-ness. In the motion towards withdraw, or dissolution of the universe back into consciousness, revealing grace provides this revelatory magic of grace which allows the subject to see itself again, as the absolute.
The tricky part is that the mind is so dang linear, we inevitably think of this as an historical event, as if these five acts were actually performed by some ethereal being, a long, long time ago, in a galaxy far far away. Then, on those assumptions, we either accept or reject the whole concept. The deal is, the five acts are happening right now. And NOW! and now, and again and again and again, over and over again. The five acts are occurring inside my own consciousness, and your own consciousness, and inside everyone's consciousness, for this is the only 'place' anything ever 'happens', just as NOW is the only time anything ever happens. At the level of the absolute, at the level of Paramashiva, there is of course no time separate from any other time, and no place, for there is no limitation on space; all is one, you know the deal.
But the beauty of the 5 acts is to differentiate, to the degree that one has the capacity to do so, the Self (big S) who is somehow engaging in the 'world' (also within consciousness), and then, of course, to DIG it! All of 'this' (idam) is simply agreed upon phenomenon, agreed upon by us; you and me (aham). And many aspects of this supposed 'reality' are less than palatable, it's true. I can think of a lot of things that I am averse to (DVESHA!!), and a lot of things I really love love love (RAGA). This is what Douglas Brooks calls the Yum-Yuk. mmmmm.... yummy... eeeewwww, yucky. We do it all the time, and get so identified with these 'afflicted' states of being (kleshas) that the world can seem either way inconvenient, practically intolerable, or, in another moment, full of goodness that is unattainable, like some precious elixir just out of our reach.
But it's all just grooving on itself!! So dig it. Hey, there's this amazing song... From 1971. It's called 'if you're diggin' what you're doin', keep on doin' what you're diggin'. I can't find it, but if anybody can, let me know. It could be a whole life-orientation.
Posted by Kelly Blaser at 6:45 PM

Hello to Kelly who always has fresh and friendly insight. Namaste! I especially like the idea of parallel time where everything and every event happens simultaneously. This is both fascinating and somewhat frightening since it means repetition and also opportunity for change. Anyway I really appreciate your philosophical insights and musings. Keep it up!

Hi Kelly. I just stumbled across your post, and found a link to your song. Here's a link to the YouTube replay ... you've got to love technology (sometimes). Enjoy. And keep digging what you doin.